How Nord Stream pipeline leak is a threat to climate

The "National Assembly" meets for the first time today

Minister Keheliya Rambukwella and two others indicted in High Court

The Human Rights Commission of Sri Lanka has informed President Ranil Wickramasinghe that Mr. Gotabhaya Rajapaksa should also be entitled to the privileges and facilities provided by law for a former president.

Accordingly, it is stated in the letter sent to the President signed by retired Supreme Court Judge Ms. Rohini Marasinghe and Commissioner Dr. Nimal Karunasiri of the Human Rights Commission that a complaint has been received stating that Mr. Gotabaya Rajapaksa has not been able to retu without a guarantee from the gove ment regarding the security that a former president of Sri Lanka is legally entitled to.

Also, the commission has informed the President that it recommends the Sri Lankan gove ment to provide adequate protection to the family members of Mr. Gotabhaya Rajapaksa to retu to the country. 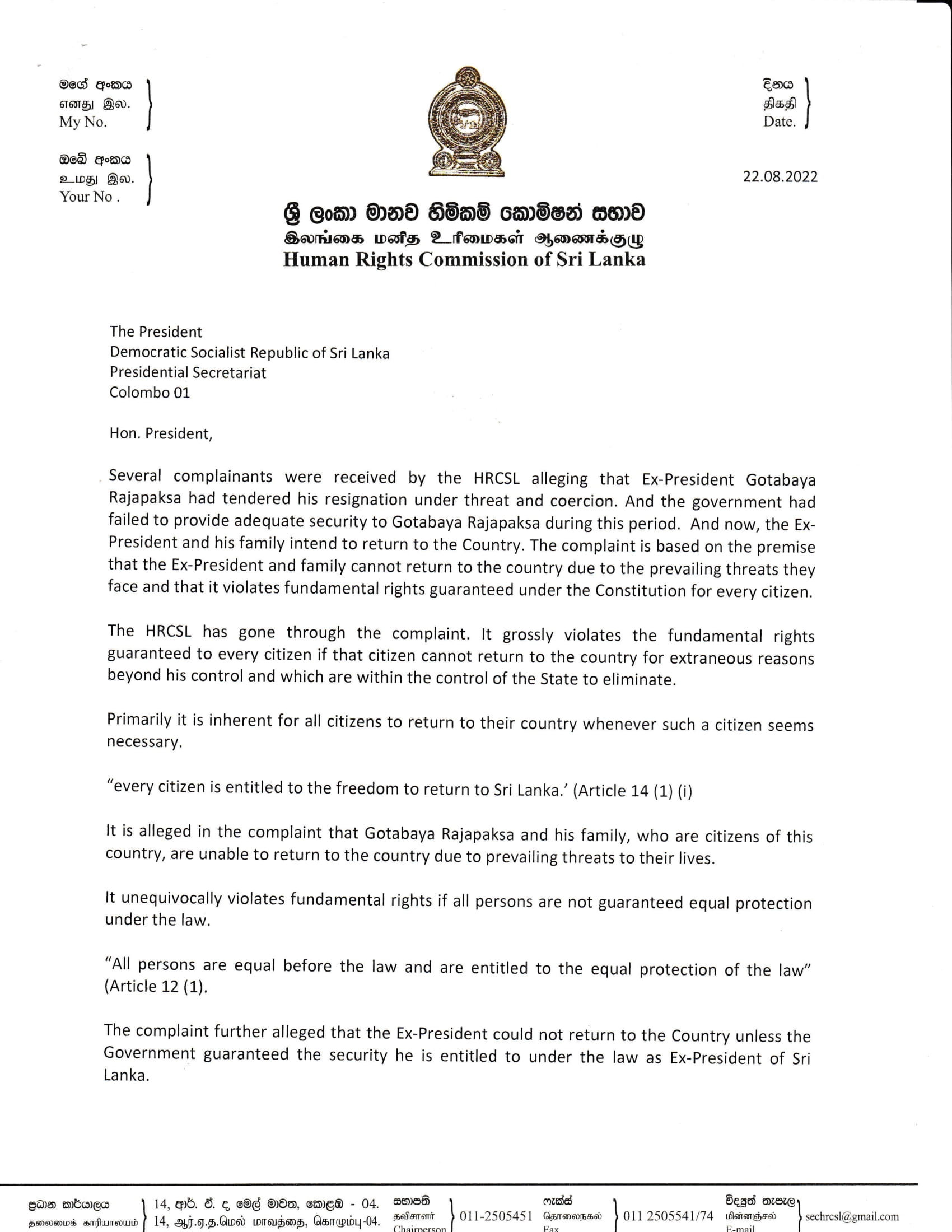 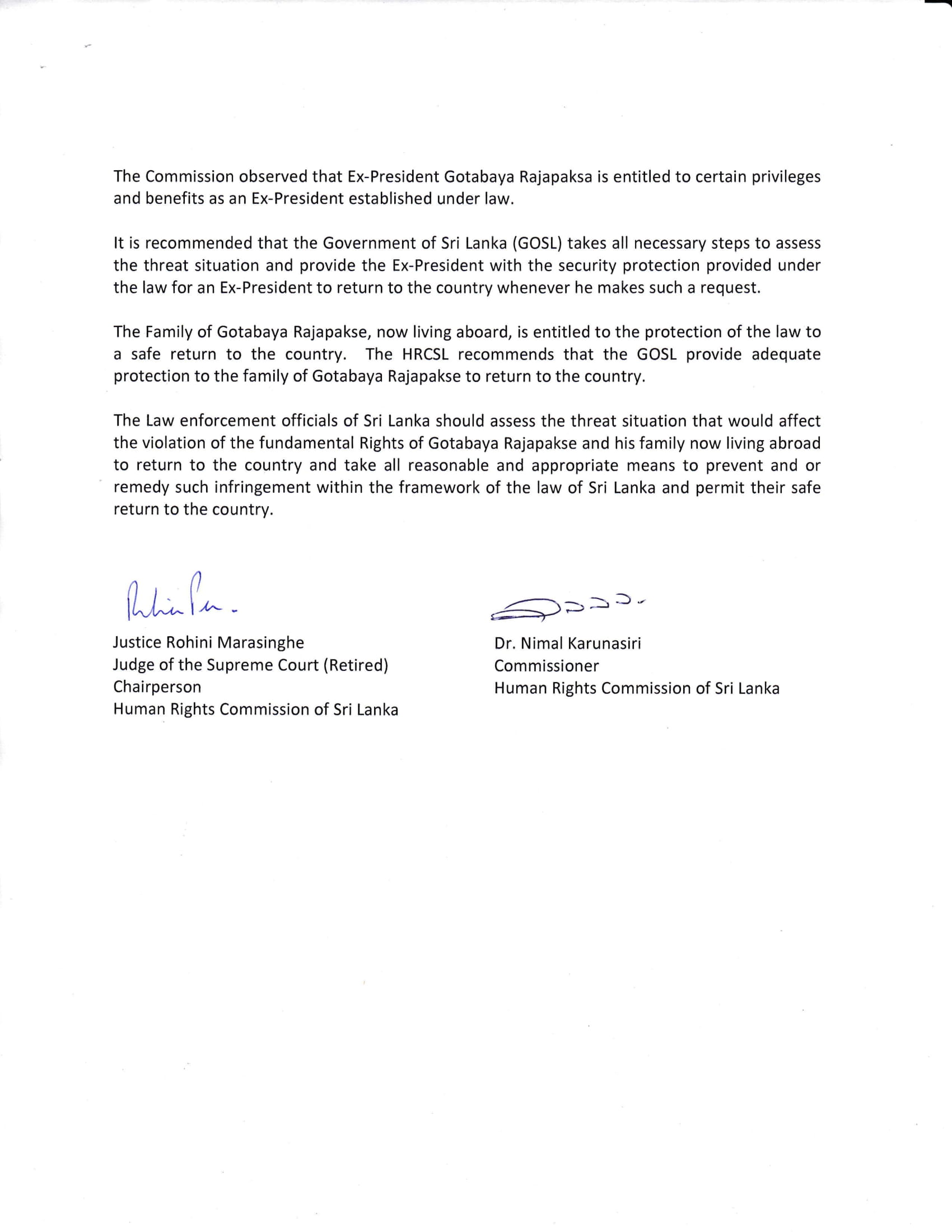 How Nord Stream pipeline leak is a threat to climate

EU has taken steps to provide Humanitarian aid to SL

The second semi-final of the Legends Cricket Tournament is today