Adani has been granted permission for two projects in Sri Lanka

Power and Energy Minister Mr. Kanchana Wijesekera says that Adani Green Energy has been given temporary approval for an investment of more than 500 million for two wind projects of 286 MW in Mannaram and 234 MW in Punarin.

Yesterday (16) the Minister met the officials of the Electricity Board and the Sustainable Development Authority to discuss the progress of renewable energy projects.

In addition, he said in a Twitter message that 21 of the 46 projects that were delayed due to amendments to CEB Acts will enter into public-private agreements next week.

Other proposals will be evaluated within 30 days, said the minister's Twitter message. 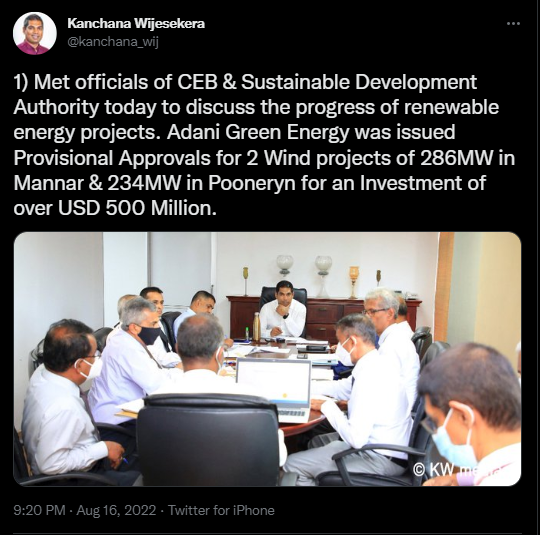 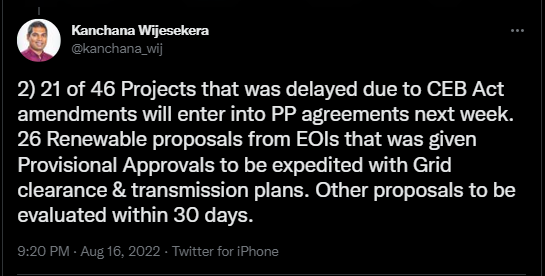