A proposal to suspend MP's salary for two months

The day when the government's policy statement will be debated

Sri Lanka is further ahead among countries with food crises

Sri Lanka has been ranked sixth in the World Bank's latest index of countries most affected by high food inflation.

According to that index, Sri Lanka's food inflation is 64 percent.

Sri Lanka was ranked seventh in the last index with a food inflation of 74 percent, and it is special that it has moved up to the sixth position in the new index.

This index has been prepared based on the latest assessment report on food security released by the World Bank recently.

This year, according to the World Bank index, the country of Zimbabwe has the highest food inflation in the world, and its food inflation has risen to 376 percent.

The states of Lebanon and Venezuela have managed to occupy the second and third places in the index and the food inflation in the two countries is 171 and 158 percent respectively. 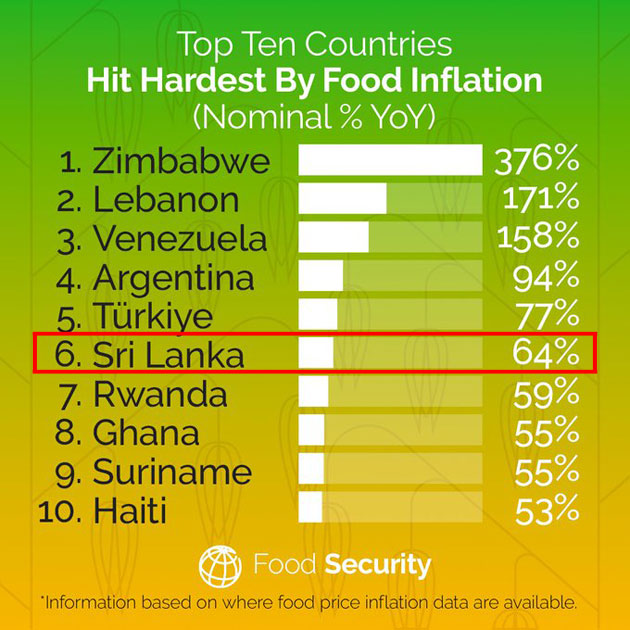 Is your job at risk because of AI?

A secret archipelago off the coast of mainland France (PHOTOS)